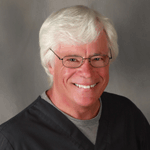 Dr. Bill trained in biofeedback through the Menninger Foundation in Topeka, Kansas. He completed graduate studies at University of Missouri at Kansas City in counseling psychology. He began his career in private chiropractic practice in Kansas City before joining Primary Care and Rehabilitation Clinic in Minnesota in 1999. He joined Life Medical in 2007, and has been practicing chiropractic medicine and acupuncture with us since then.

Providing Services at these Locations: